Finished Business: My Fifty Years of Headlines, Heroes, and Heartaches 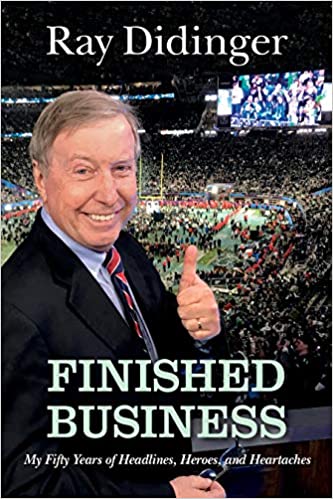 Finished Business: My Fifty Years of Headlines, Heroes, and Heartaches

Didinger has been covering the Eagles as a newspaper columnist or TV analyst since 1970. Over the years, he wrote sports for the Philadelphia Bulletin and the Philadelphia Daily News. He later produced Emmy Award–winning documentaries for NFL Films before transitioning to sports talk radio and TV analysis. In five decades, across multiple media platforms, he has interviewed everyone from Hank Aaron, Wayne Gretzky, Muhammad Ali, Julius Erving, Jack Nicklaus, to Mike Schmidt, as well as writing film scripts for Hollywood stars such as Bruce Willis and Alec Baldwin. He went to the White House with the U.S. Olympic team and even explored the bizarre world of professional wrestling.

The Interpretation of Financial Statements