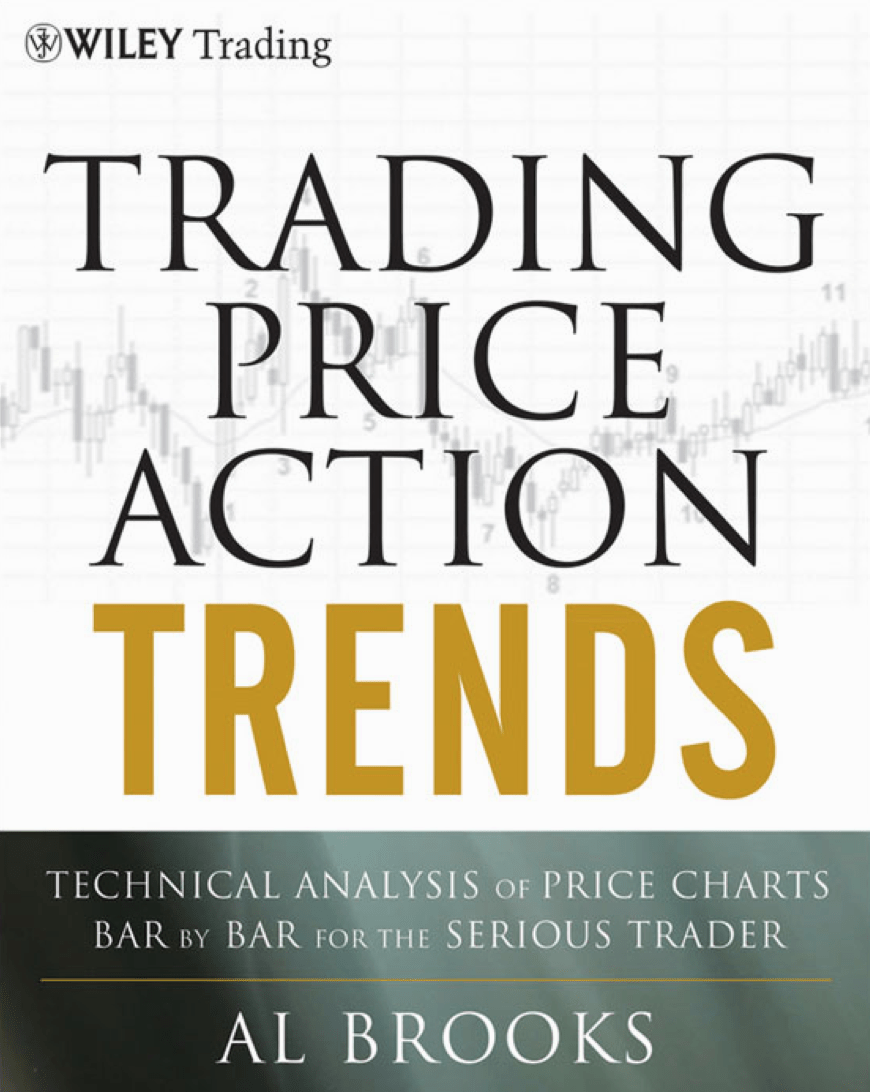 A book by Al Brooks, ISBN


There is a reason why there is no other comprehensive book about price action written by a trader. It takes thousands of hours, and the financial reward is meager compared to that from trading. However, with my three girls now away in grad school, I have a void to fill and this has been a very satisfying project. I originally planned on updating the first edition of Reading Price Charts Bar by Bar (John Wiley & Sons, 2009), but as I got into it, I decided instead to go into great detail about how I view and trade the markets.


My primary goal is to present a series of comprehensive books on price action that addresses the greatest concern among readers, which was how difficult my earlier book, Reading Price Charts Bar by Bar, was to read. I am deeply appreciative of all of the constructive comments that readers have provided and those from the participants in my daily live webinars. Many of these comments were incredibly insightful, and I have incorporated them in this current edition. I am also thankful to all of the traders who have been in my live trading room, because they have given me the opportunity to say things repeatedly until I could clearly articulate what I am seeing and doing. They have also asked many questions that have helped me find the words to communicate more effectively, and I have put those words into these books. I would like to give a special thank-you to Victor Brancale, who spent long hours proofreading the manuscripts and providing hundreds of very helpful edits and suggestions, and to Robert Gjerde, who built and administers my website and has given me candid feedback on the chat room and the website. All of these terms are defined in a practical way to be helpful to traders and not necessarily in the theoretical way often described by technicians. always in If you have to be in the market at all times, either long or short, this is whatever your current position is (always in long or always in short). If at any time you are forced to decide between initiating a long or a short trade and are confident in your choice, then the market is in always-in mode at that moment. Almost all of these trades require a spike in the direction of the trend before traders will have confidence. barbwire A trading range of three or more bars that largely overlap and one or more is a doji. It is a type of tight trading range with prominent tails and often relatively large bars. bar pullback In an upswing, a bar pullback is a bar with a low below the low of the prior bar. In a downswing, it is a bar with a high above that of the prior bar. bear reversal A change in trend from up to down (a bear trend). blown account An account that your losses have reduced below the minimum margin requirements set by your broker, and you will not be allowed to place a trade unless you deposit more money. breakout The high or low of the current bar extends beyond some prior price of significance such as a swing high or low, the high or low of any prior bar, a trend line, or a trend channel. breakout bar (or bar breakout) A bar that creates a breakout. It is usually a strong trend bar. breakout mode A setup where a breakout in either direction should have follow-through. breakout pullback A small pullback of one to about five bars that occurs within a few bars after a breakout. Since you see it as a pullback, you are expecting the breakout to resume and the pullback is a setup for that resumption. If instead you thought that the breakout would fail, you would not use the term pullback and instead would see the pullback as a failed breakout. For example, if there was a five-bar breakout above a bear trend line but you believed that the bear trend would continue, you would be considering shorting this bear flag and not looking to.

Surely Trading Price Action Trends is among the must-read books for every entrepreneur. Bravo Al Brooks!

As of 2021-10-16, I suppose that Trading Price Action Trends by Al Brooks is still among the best books in its niche. Brilliant!

well...Trading Price Action Trends is surely the best I`ve read on the topic

Trading Price Action Trends ebook is a good option. I wouldn`t recommend to buy a hardcover, but for me the digital version worked well. Al Brooks is a top-level prefessional!